"Shyuen la." In Cantonese, this phrase means "oh well, we will let it be."

There is no direct translation into English; it is always whispered in a pained sigh accompanied by a look of defeat. The first time I saw my mother's face wear this phrase, the convenience store she opened in our white Pennsylvania suburb had just burned down. She didn't know who set the fire. "We will let it be," she said to me, quietly shoving this mantra down inside my bones. Barely a few feet tall, I didn’t know what I could do anyway. “Let it be,” I repeated to myself.

Two weeks ago, I woke up to how much I've been complicit. A gunman shot and killed eight people in Atlanta, six of whom were Asian American women. When the first news stories dutifully reported that the shooter wasn't racially motivated, I embarrassingly wanted to believe this had nothing to do with me. Yet, I wear these women's eyes and the same jet black hair. It took me hours to accept the frightening truth, that this was undoubtedly a hate crime. Let's not rely on the lurid explanations of a murderer; that would ignore the destructive toll of his actions. I couldn’t stomach this being yet another blip in the news, on the heels of a year of mounting hate crimes against Asians fueled by hateful pandemic rhetoric. I just couldn't...let it be.

When my mom tells the story about the convenience store, she focuses on the heroic ending. She emphasizes how resilient and cunning we were to rebuild from that "setback." It's okay to lose everything, because you are smart and hard-working enough to start over. But when I recall this story now, I can't unsee the unnamed arsonists, or the police who refused to investigate because they found a stick of incense burning in the tiny shrine next to the front door. Never mind that the actual fire was far away at the back entrance. The firefighters blasted their hose at that innocuous shrine, just to be safe. My mom was so worried that her business would be cursed that she (safely) burned peace offerings to the deities for days.

To understand why there hasn't been more outcry about Asian American suffering, let's grapple with the model minority myth and how invisibility works. The self-talk goes something like this (it works for any injustice): I'm well-educated and live comfortably, who am I to complain? If I do speak up, I'll appear needy or vulnerable, which I've been taught is dangerous. I notice I'm sobbing uncontrollably at what's happening to Asians who look like me -- or worse, look like my parents -- but I haven't been violently attacked. Besides, my Black and Brown and Jewish friends have been mistreated even worse, right?

It's more insidious in the workplace: Who am I to push for a higher salary, when I make "enough" and there's still so much I need to work harder on. Never mind that I just found out my white male counterpart earns 1.5x more than I do. Or that time I dared to speak my idea in a meeting, only to feel so flustered when an exec rudely shot it down that my decade-plus of experience flew right out the window before I could respond.

I used to assume that having discontent, and then paralysis at saying anything about it, was a private failing. Surely there's no successful people burdened by this self-imposed invisibility. One afternoon I read an essay by Deborah Liu that was so profound to me, I printed a hard copy lest it ever disappeared from the internet. She writes:

"My Chinese immigrant parents raised me to not stand out too much. They encouraged me to study hard, work diligently, and not draw too much attention to myself....I learned early on to speak less and do more. And it worked for a long time, until it didn’t."

If you're reading this and feel alone in your invisibility or self-doubt, know that I've founded and sold a company, spoken on stage to hundreds of industry peers, and was most recently a VP at one of those startup companies successful enough to afford TV commercials. And guess what: I still sweat a little every time I speak up in a group, and the thought of sharing this post on LinkedIn absolutely terrifies me.

This is because as an Asian American, I’ve never belonged in any room. I’ve never reported to a woman (I hope this changes), and certainly not an Asian woman. In 16 years of working in tech. Think about that. In most leadership meetings, I don't see another face like mine.

Guess what: I still sweat a little every time I speak up in a group, and the thought of sharing this post on LinkedIn absolutely terrifies me. This is because as an Asian American woman, I’ve never belonged in any room. Especially not in leadership.

As I aged into a successful working adult (in years, if not how I looked to others) the slights became more veiled and complicated, making me feel uncomfortable but also oddly confused about that discomfort. Like the time I overheard my name mentioned in a natural segue for two male colleagues discussing their favorite Asian porn videos. One of the colleagues, I highly respected and valued. That memory still shocks me, yet I've never said anything. The kind of racism that lingers is rarely blatant. And after all, I've been conditioned from the time I was a little girl to keep my sigh quiet, smile, and forge on. “Let it be,” I remind myself, because this is how we succeed.

I add my voice today because these stories about Asians, and Asian American women, are worth amplifying. A more inclusive society (and workplace) without hate begins with recognizing all the ways in which we are "othered." Because I am just now waking up to all the times I didn’t speak up, but frankly should have. Because there's a certain safety in invisibility, until there isn't.

I am a first-generation Asian American and 16 year tech veteran, most recently VP of Product at Imperfect Foods. Thank you to Meleyna, Leah, and Nancy - the incredible Asian American women who gave me feedback and the courage to publish. If this story resonates with you, share it. Share yours. 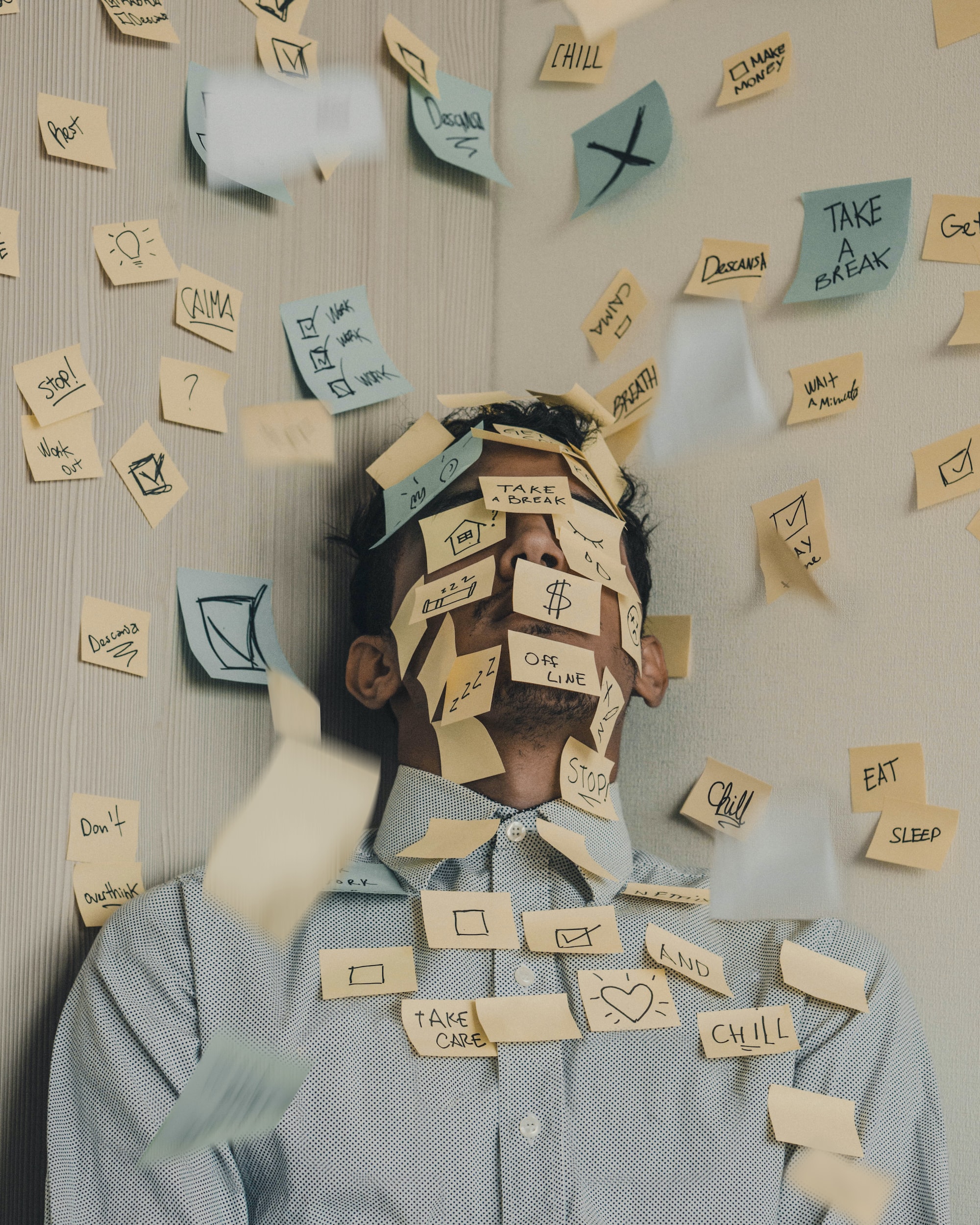 This is the second post in a two-part series titled “How to say you’re busy.”